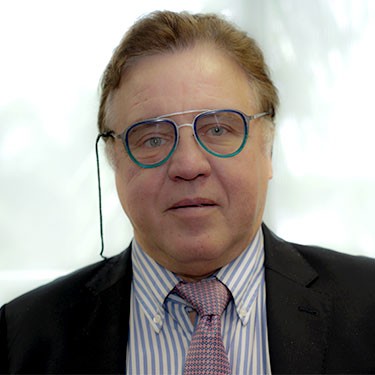 Guy VOYER is a pioneer of osteopathic medicine and the developer of Soma Training, Soma Therapy and ELDOA. He is one of the rare osteopaths who has mastered and treats fascia, and his patients travel far and wide to receive his life-changing treatments.

Born in Paris, Guy VOYER has been traveling the world since he was six months old. Throughout his childhood, his family moved every two years due to the demands of his father’s profession, and these frequent moves helped him develop his ability to adapt and make friends throughout France and around the world.

At the age of eight, he would draw models of gymnasiums where he dreamed of becoming a great therapist, physiotherapist and sports trainer. He held on to that ambition throughout his youth and university years, and eventually worked as a physical education Teacher and then a physiotherapist with several medical specializations, including sports medicine, traumatology, psychological medicine, physical medicine and manual therapy.

However, it was in osteopathy and his research in training techniques that he found his true passion. After his osteopathic studies, he concentrated his research on the understanding and treatment of fascia. To reach this goal, he has done extensive research in dissection and methodology, creating the revolutionary ELDOA and Myofascial Stretching methods.  He also holds a Ph.D. in educational science.